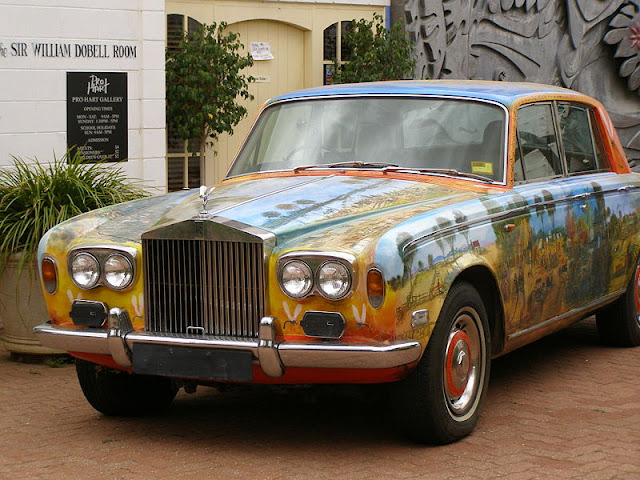 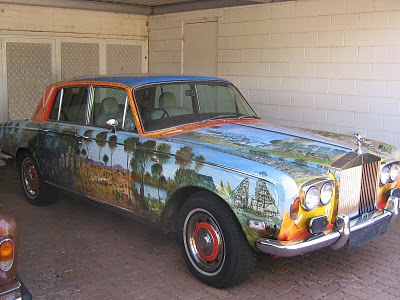 Pro Hart (1928-2006) is on of Australia’s most famous artist and considered the father of the Australian Outback painting movement. His works were shown on a wide variety of products such as air conditioners, beer cans, kitchenware, and telephone cards, and also a very popular carpet commercial on television.

He lived in Broken Hill, in Outback Australia, and owned a number of Rolls Royce and Bentley cars witch he drove all over the outback, and described them as “bloody good cars for the job”. He is also famous for his painted 1973 Silver Shadow Rolls Royce art car in 1999.

Costas Schuler aka "The Pen Guy" who entered the world of art cars by creating the world famous Mercedes Pens Art Car covered in over 10,000 pens. From then he went on to create Art Car Central, home of the world's largest collection of art cars, art bikes, mutant vehicles and every other decorated vehicle known to man. Enjoy and if you see and art car please submit your today:)
Previous: Random Fuzzy VW Half Pint Art Car
Next: 19 Donk Cars Covered in Candy Paint