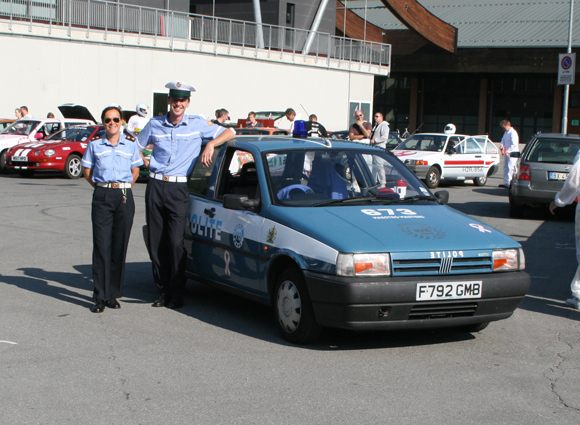 This car deserves a mention because it really was beautifully executed as a replica, so well done, that every time we saw it on an event our hearts ran cold “uhoh cops”. You see we never like meeting local cops on the events, cops mean trouble for the most part. We simply want to pass through a town, not get arrested and locked up, waiting for “Fair Trials Abroad” to come to our rescue.

The team (who built Thunderbird 4 the following year) took a picture of a real Italian Polizia Tipo and copied it absolutely perfectly. Graphics were copied, they even had a blue light on the top (highly illegal), siren, they even dressed up as Italian cops.

If you saw this in the corner of your eye, it really did grab you, in a bad bad way. It was only once you focussed on the two faux Policemen larking around that your heart would drop from it’s 300 beats per second and you’d remember “thank god, it’s only Team Maestro Masters”.

It has to be said that we did get revenge on them – they did not want to be seen one morning when some real Italian cops would be in attendance. Copying foreign cops probably isn’t wise, and the Maestro Masters team were bricking it. But we assured them, that nothing untoward would happen to them. In all honesty, we didn’t know what would happen to them, we just knew that we were safe.

But after they had spent 3 days scaring the life out of us, we were willing to take the chance they wouldn’t be arrested.

In a wonderful twist, the cops actually loved the Tipo, and apologised that literally, 2 months ago they retired their identical Fiat Tipo Polizia car.

This was an unexpected high point, with a significant low point to come.

The car was seized in Rome and dragged to a police station. When the team went to collect the car they were promptly arrested and interrogated for a few hours. Only after chatting up a hot Italian woman, who happened to be a senior detective were they released from custody with no charges.

The car was not released, and we can only think was eventually crushed by the Italian authorities.

Farewell Fiat Tipo Polizia, but you do live on on the internet.

(If you are wondering why we have a picture of a toy car of the original – it’s because we couldn’t find an original picture of a real Polizia cop car). 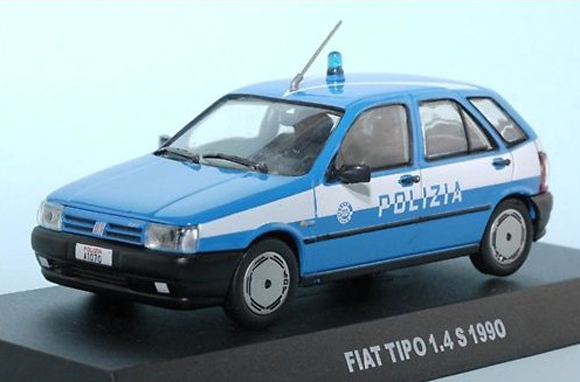 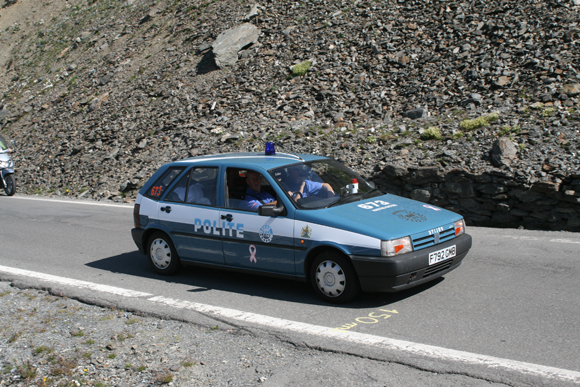 Costas Schuler aka "The Pen Guy" who entered the world of art cars by creating the world famous Mercedes Pens Art Car covered in over 10,000 pens. From then he went on to create Art Car Central, home of the world's largest collection of art cars, art bikes, mutant vehicles and every other decorated vehicle known to man. Enjoy and if you see and art car please submit your today:)
Previous: 12 Chalkboard Art Cars to Draw For
Next: How to deal with Crazy Mondays – 9 Wheeled Crazy bike