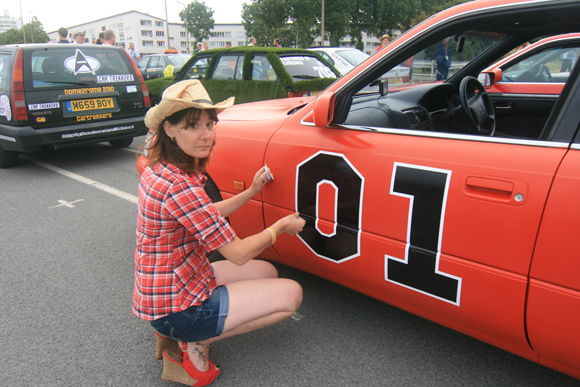 Every so often, someone enters a General Lee into one of our events, this was Cima Racing’s entry into Home2Rome 2010. We generally see more General Lees in Europe than the US probably because of the politically correct thing that surrounds the Confederate Battle Flag in the US these days. The chances of an Italian throwing a brick through the window of a General Lee in Europe is marginally less than in New York for instance.

This car was originally sourced from a tv props department for a very famous TV programme about cars. I haven’t seen the episode so I’m going on witness statements but the car was bought within budget (£150/$275) on the condition that it was made into a General Lee.

What is surprising is that this car was not at all perfect. You’d think that a 15 year old Lexus would be in fairly good condition, but not this car. It had a bad time getting through its MOT (yearly UK safety check), and despite the aerial on the roof, the CB didn’t work in the slightest. Car to car communication involved shouting loudly whilst the windows were down (thats if they would go down). It also had other issues so I’m told.

The theme is obviously quite simple but it’s important to be accurate.

And I don’t mean the 01 or the Battle Flag on the roof, I mean, it needs a Daisy Duke. You see, any old person can paint their Lexus orange, and put a number on the side and put an accurate Confederate Flag on the roof.

But what sets this car out is the Daisy Duke it was sporting.

This ArtCar is for all the Daisy Dukes out there! 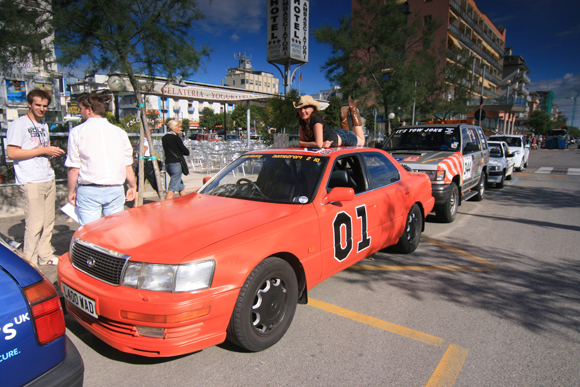 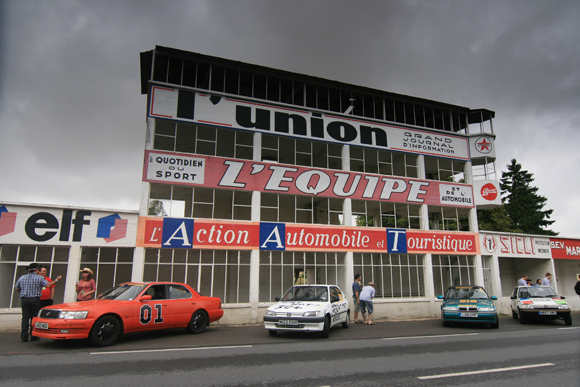 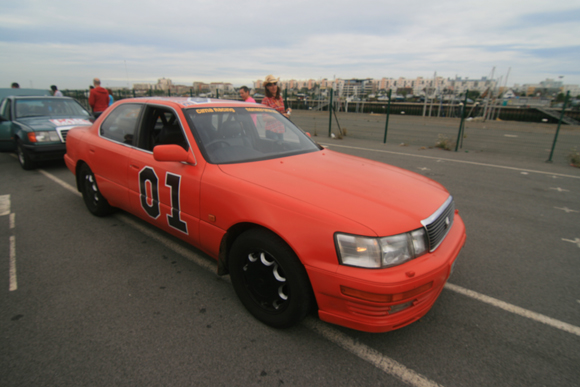 Costas Schuler aka "The Pen Guy" who entered the world of art cars by creating the world famous Mercedes Pens Art Car covered in over 10,000 pens. From then he went on to create Art Car Central, home of the world's largest collection of art cars, art bikes, mutant vehicles and every other decorated vehicle known to man. Enjoy and if you see and art car please submit your today:)
Previous: Gravity Defying Lego Bike
Next: Graffiti Fiat Art Car